But some local community members and advocacy groups say the authority's plan is myopic and treats the property as a stand-alone project, rather than a site that needs to become integrated with the rest of the city. What's more, they think the authority has overlooked the role surrounding neighborhoods can play in determining what Fort Mac should become.

Have you taken a look at the surrounding neighborhoods lately?
Here's what Fort Mac looks like now: 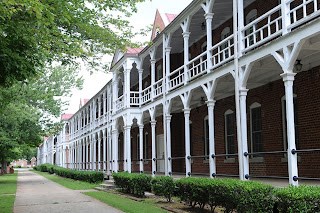 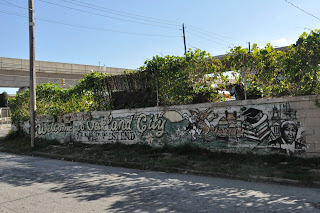 You tell me which way you think influence is likely to flow. Insensitive and bigoted as it sounds, it's hard to imagine that opening the Fort Mac front gate is going to do Fort Mac any favors.
Posted by Daniel at 1:36 PM