My wife...I think I'll keep her

Do you know anyone who doesn't remember when Cracked was a magazine? Sure you do. The circulation was pretty low when it finally folded. I'm thinking a lot of people didn't remember Cracked was a magazine when it still was a magazine.
Anyway, they've remade themselves as a website best known as the home of some really lame lists... and some really funny ones. My current favorite is 8 TV Ads That Hate Women, although I'm a little disappointed that the one that inspired the title of this post isn't among them.
More:
15 Images You Won't Believe Aren't Photoshopped
15 MORE Images You Won't Believe Aren't Photoshopped
Where's the Bridge? The 7 Biggest Things Ever Stolen
Posted by Daniel at 10:20 AM 1 comment:

Email ThisBlogThis!Share to TwitterShare to FacebookShare to Pinterest
Labels: fun 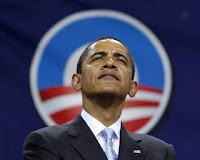 Daily Kos ! President Obama addresses the nation
As we (eagerly!) await President Obama's first address to the nation, take a look at how the clown pundits (mostly conservatives, but even a few from the MSM) tried to spin the speech. Fortunately, nobody seems to agree with them -- the American public overwhelmingly supports the Obama Administration's economic recovery efforts.

52 to 48 is not "overwhelming support". It is a majority barely larger than the margin of error. Please try to keep that in mind. God knows you didn't have any trouble remembering it in 2000 and 2004.

Hugs and kisses,
Folks who can still add
Posted by Daniel at 9:50 PM 2 comments:

Those are words I never thought anyone would have an opportunity to use together. What a country!

GLOUCESTER, Mass. – No, managers with Gloucester's Public Works Department aren't idiots. They're just trying to catch cheats. When the Massachusetts city unveiled its new $2 purple trash bags that all residents must use when disposing of household waste, the word 'official' was deliberately spelled 'offcial.'

Recycling coordinator Kathy Middleton tells The Gloucester Daily Times the intentional misspelling is supposed to make it easier to catch people who try to counterfeit bags. Middleton says counterfeiting has been a problem in the past.

I'm pretty sure I shouldn't look this up and find out why Gloucester, Mass requires its subjects to use $2 trash bags. Or why they're even worried about counterfeit trash bags. But I did. And now I know. That's how they pay their trash collection fees.
I guess it's a good thing every city doesn't do this. Then Glad and Hefty would be getting in line for a government bail-out.
Posted by Daniel at 7:56 PM No comments:

Sometimes you see disaster coming, and sometimes you don't.
Posted by Daniel at 4:20 PM No comments:

Is Our Newspapers Failing?

Washington Post | Are Too Many Newspaper Comic Polls a Sham?
It's the ugly little secret that, within the newspaper comics industry and among avid comics followers, is nobody's secret at all:

Namely, that the frequently used Newspaper Comics Reader Poll might be long-standing, but it is hardly upstanding. It has walked on the wrong side of the statistical tracks far too often, stirring so much scorn, skepticism and controversy that it might as well wear a scarlet "A" -- for "adulterated accuracy."

The writer, Michael Cavana, goes on to quote Stephan Pastis, creator of "Pearls Before Swine", which I hear is a comic strip of some kind:

And that cheating appears to have pervaded not only the voting, but in the comments newspapers solicit about comic strips on their site. This would all be 'fun and games' but for the fact that many editors actually rely on these polls, and therefore, it determines our living.

As if to highlight the importance of this, Cavana later talks to Frank Rizzo, the comics editor at the local fishwrapper, the Atlanta Journal-Constitution. As readers know, the AJC "recently polled readers online because it was trying to eliminate a half-page of comics." And they did. Now they publish an economical single page of comics at postage-stamp size.

It has always puzzled me that newspapers, while moaning about bad business and low readership, are so eager to stop doing things that no other medium does.
Posted by Daniel at 9:45 AM 2 comments:

I dreamed I was an Obama girl

As we all know, in journalism, two anecdotes are just one short of a national trend. I figured that my friend and I couldn’t possibly be the only ones dreaming, brooding or otherwise obsessing about the Obamas. Were other people, I wondered, being possessed by our new first family?

Ms Warner: Have you not read any newspapers in the last year and a half?
Posted by Daniel at 9:46 AM 1 comment:

"the only way to take Rush Limbaugh down"

So, having successfully taken the White House, the Senate, and the House of Representatives (all of which will enable the taking of the Supreme Court), the Progressive front perceives itself to be sitting pretty. I get that.

And the Republican party having apparently forgotten what it's about, the most influential conservatives in the country may well be Rush Limbaugh and Sean Hannity. I get that too.

But one thing will: Humor/satire

Recall that the one time when Limbaugh faced a little dip in his popularity, and the Democrats unexpectedly averted losing more seats in 1996, and 1998, came after Al Franken's book "Rush Limbaugh Is A Big Fat Idiot" had gained significant public attention.

Recall, also that Obama had indeed fallen behind John McCain in the polls, once Sarah Palin was picked, and that she was initially very popular. The Corporate Media could have easily overlooked and ignored her poor performance in a couple of interviews (as they had also happily done on behalf of Bush Jr., Cheney, and McCain himself), had it not been for the totally unexpected phenomena of Tina Fey's brilliant satire that then became the story, like a runaway train and impossible to stop.

A significant percentage of voters were unable to tell the difference between Tina Fey's caricature and the actual Sarah Palin. (Quotes attributed to Palin were actually uttered by Tina Fey, among them the infamous "I can see Russia from my house.") I'm not sure if that's due to "brilliant satire", wishful thinking, or just dumb luck, but OK. Let that go.

I have to say, though, that this explains a lot of what I heard on Air America. Six hours of airtime were devoted to two comedians (Janeane Garofalo and Al Franken) who weren't trying to be funny.