A worker died after being trampled and a woman miscarried when hundreds of shoppers smashed through the doors of a Long Island Wal-Mart Friday morning, witnesses said.

The unidentified worker, employed as an overnight stock clerk, tried to hold back the unruly crowds just after the Valley Stream store opened at 5 a.m.

Witnesses said the surging throngs of shoppers knocked the man down. He fell and was stepped on. As he gasped for air, shoppers ran over and around him.

And if you want to be really horrified, check the readers' comments on the original story.

2 killed inside Toys R Us in Palm Desert [KABC 7]

The violence erupted on Black Friday, the traditional post-Thanksgiving start of the holiday shopping surge, but accounts of what occurred inside the store were fragmentary or second hand and it was not clear whether it involved any shopping frenzy.

"I think the obvious question everyone has is who takes loaded weapons into a Toys 'R' Us?" he said. "I doubt it was the casual holiday shopper."

Maybe that isn't such a bad idea.

Email ThisBlogThis!Share to TwitterShare to FacebookShare to Pinterest
Labels: news

Not satisfied with the nation of Kenya having declared a national holiday to commemorate the election of Barack Obama (who wasn't born there, wasn't raised there, and never lived there), the downtown Topeka McDonald's will be hosting "Yes We Can" rallies on Tuesdays through the Corona- er, inauguration, to promote an American national holiday for Barack Obama as well.

Isn't that, you know, premature? Shouldn't we wait, oh, I don't know, until he actually does something?

Okay, I do realize that many people are still in the grip of obamamania and shouldn't be held responsible for anything they say until at least after inauguration day.
Posted by Daniel at 2:25 PM 2 comments:

Well, what could be more unbiased than that?

On Tuesday, the Left – armed with the most attractive, eloquent, young, hip and charismatic candidate I have seen with my adult eyes, a candidate shielded by a media so overtly that it can never be such a shield again, who appeared after eight years of a historically unpopular President, in the midst of two undefended wars and at the time of the worst financial crisis since the Depression and whose praises were sung by every movie, television and musical icon without pause or challenge for 20 months… who ran against the oldest nominee in the country’s history, against a campaign rent with internal disarray and determined not to attack in the one area where attack could have succeeded and who was out-spent no less than seven-to-one in a cycle where not a single debate question was unfavorable to his opponent – that historic victory, that perfect storm of opportunity…

Folks, we are going to lick these people out of their boots.

The Republican party had eight years under President Bush to identify a suitable standard-bearer to carry their message into the 21st century. And they found John McCain?
Posted by Daniel at 10:12 PM 1 comment:

APTOPIX NEWS CORP DOW JONES
Originally uploaded by photo240779
The "Zipper" has become an iconic image of New York since its introduction eighty years ago Thursday at 1 Times Square, which was then the home of the New York Times. It was given a complete face lift when it was acquired by Dow Jones in 1999, but it retains the all-amber look familiar to locals and tourists (although nowadays it's generated by LEDs, not light bulbs).
Posted by Daniel at 1:42 PM No comments:

Email ThisBlogThis!Share to TwitterShare to FacebookShare to Pinterest
Labels: tech

What's wrong with this picture?
I can't even figure what they were going for.
From Photoshop Disasters.
Posted by Daniel at 2:22 PM No comments:

Email ThisBlogThis!Share to TwitterShare to FacebookShare to Pinterest
Labels: stupid

Mr Obama will inherit numerous problems large and small, most of which his party has ascribed to his predecessor. This tactic may prove to bite them all in the ass, if (as I strongly suspect) the president really doesn't have the power to have done everything he's blamed for.

With a solidly Democratic House and a near-filibuster-proof Senate, who will Kos and the Democratic Underground (overground?) blame when things go wrong?

President Obama will be on the spot to turn everything around. He's my president too. Have hope and don't expect overnight miracles. 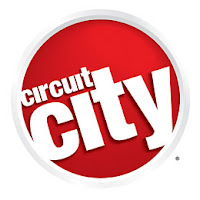 I can't say this surprises me, but according to a PDF available from Circuit City themselves, the 155 stores that they're closing no later than the end of the year include all of the Atlanta area stores. The closest store staying open -- for now, I guess I should add -- is in Rome.

I seem to recall that some culling of the home-electronics herd was expected this Christmas, due to widespread availability of HD televisions at a much lower price point than expected.
Posted by Daniel at 1:24 PM 3 comments:

Email ThisBlogThis!Share to TwitterShare to FacebookShare to Pinterest
Labels: retail

I could tapdance around saying it, but I can't make the points I'm about to try to make until you know that.

So. In an effort to be as fair-minded as I possibly can -- and because I'm really not looking forward to voting for McCain, and was hoping someone would make a compelling case not to -- most of my current-events reading has been by progressive pundits, most notably by those writing for, and quoted by, the Daily Kos and the Huffington Post.

As a result, I've seen countless accusations of wrongdoing and non-specific fugg-headedness leveled at Republicans in general and McCain, Palin and Bush in particular over the course of this very long election season. I started to say I've seen all of them, but of course I have no way of knowing that I have. I'm only human, I've doubtless missed something.

One thing I've missed, for example, is any proof or confirmation that any of it is actually true. The news cycle on each incident starts with an accusation and, despite progressively (no joke intended) more intense name-calling, never really moves beyond it.

But then, the progressive intelligencia never really responds to accusations from the conservative side, either. They ignore the question, dismiss it as irrelevant, or question the motives of the accuser. Sometimes all three.

The so-called debates were no help. The one thing everyone seems to agree on is that the issues facing America today are far too complex to be boiled down to a 90-second answer. So, of course, that's what both major-party presidential candidates were asked to do. The Lincoln-Douglas debates took all day.

I should add that conservates are not innocent of the disinformative failings I've observed in progressives. But, in general, conservatives address issues, while progressives talk about feelings.

More importantly, conservatives speak of winning the war, whereas the most progressives will commit to is ending it, consequences to Iraq, Afghanistan and America's international standing be damned.

Okay, that's not quite true. Progressives are gearing up to fight a war that is much more important to them: The one that is going to engender riots in America and make the streets run red with blood.

I'm speaking, of course, of the impending doom and second American Civil War that will ensue if Barack Obama does not win next Tuesday.

But, of course, remember how disoriented progressives were four years ago? They cannot be counted upon to do the rational thing if they again succumb to that state of despair.

A key plank in the Democratic platform is gun control. If it were to come to a left-right civil war, who has all the weapons?

Is it "hate speech" for me to point that out?

Are Obama and McCain the best we can do?
Posted by Daniel at 8:19 PM 1 comment: