Keylina Clark was puzzled when her son told her shortly after taking state standardized tests last year that he knew he’d passed.

Dequayvious struggled mightily in school. His Blalock Elementary report cards said he was below grade level in reading and math. Then the second-grader explained his confidence: A test proctor gave him answers, he said. Clark believed him.

Atlanta Public Schools, however, apparently did not. Though two other students supported the boy’s claim, the district marked the complaint unsubstantiated.

Considering the hundreds of thousands of test-takers each year, formal complaints about test cheats are relatively rare.

The Atlanta district, however, has received more such claims given its size than any of the five other large metro districts, an AJC investigation shows. The newspaper also found the district’s handling of 20 cheating complaints in three school years raises questions about how it polices its educators.

AJC investigative reporter Heather Vogell’s story in the weekend AJC raises troubling questions about the response of Atlanta Public Schools to CRCT cheating complaints. Vogell compares Atlanta’s responses and protocols to those of other districts.

APS does not fare well in the comparison.

For instance, Atlanta logged 20 internal complaints of testing misconduct over the past three school years.

Compared to other metro systems, Atlanta sometimes left allegations unresolved, turning up fresh questions about suspected irregularities but never scrutinizing them, according to Vogell’s report.

Over three years, Vogell found that the district began termination proceedings against just two teachers after cheating was found. Departures were more common in Cobb, Fulton and DeKalb.

In Cobb County, educators appeared quick to report potential problems with testing protocol. When the district determined a serious breach was committed, the outcome was often severe: Five teachers resigned over the three years.

DeKalb and Fulton reported fewer complaints, but also stiff consequences for serious misconduct. Seven educators left as a result of 17 investigations in the two counties. Gwinnett had one resignation. Clayton reported few complaints and no departures.

In Atlanta, one of the teachers who left after after an investigation had been disciplined for an earlier testing rule offense.

CRCT cheating is in the news because of a state probe suggesting cheating occurred in schools in four districts, including one APS school. APS Superintendent Beverly Hall has challenged the state Board of Education’s decision to discard results from last summer’s fifth-grade CRCT math retests at Atlanta’s Deerwood Academy.

The state school board ruled against Deerwood and three other Georgia schools after an audit by the Governor’s Office of Student Achievement found evidence of an abnormal number of erasures on the tests. The state investigation followed an analysis by The Atlanta Journal-Constitution in December about improbably steep gains at some schools on tests taken first in spring and then in summer.

Hall defended Deerwood and hired her own investigator who concluded that “irregularities” in the school’s testing process stemmed from negligent record keeping, laziness and not following the rules rather than deliberate cheating.

BBC NEWS | Entertainment | My Prom debut... on the ukulele: "Musician Jim Simmons signed up to join a chorus of 1,000 ukulele players at the Royal Albert Hall for the BBC Proms. But how did it sound?"
"It probably wasn't the most beautiful noise ever to have come out of the proms but it was a joyful experience."

It is difficult to play the ukulele without breaking into a grin. Certainly I've never managed it.
The BBC story also has a link to an audio of the 1,000-ukulele rendition of "Ode to Joy."
By the way:
Posted by Daniel at 9:09 AM 2 comments:

Email ThisBlogThis!Share to TwitterShare to FacebookShare to Pinterest
Labels: ukulele

Animated GIF of the Day:

Posted by Daniel at 8:06 PM No comments:

Email ThisBlogThis!Share to TwitterShare to FacebookShare to Pinterest
Labels: horatio

Ryan O'Neal in "Tough Guys Don't Dance". Do we blame the writer, the actor, or the director?

Posted by Daniel at 1:21 PM No comments:

If you're a-hankerin' for something to keep the dust down, Woot!'s deal today is a Roomba for $129.

Email ThisBlogThis!Share to TwitterShare to FacebookShare to Pinterest
Labels: gadget

Posted by Daniel at 5:29 PM No comments:

Posted by Daniel at 3:50 PM No comments:

Which TV stars are coming to DragonCon? 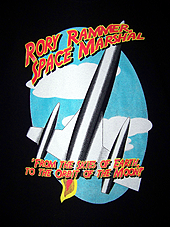 AJC: Which TV stars are coming to DragonCon? Leonard Nimoy, John Schneider, Malcolm McDowell, Lou Ferrigno, Patrick Stewart.
Well. okay. But which radio stars are coming? Eh? Eh?
That's why you should see the Atlanta Radio Theatre Company, whose big shows will be on Saturday (in the Marriott) and Sunday (in the Hyatt). We'll also do a relatively low-key reading on Friday (in the Marriott). Frankly, I suggest you bring your DVR, plug it into your room TV, and record the convention video channel (which will have a much better view of the Masquerade, Dawn Look-Alike contest, and key panels than you could possibly have in person), then come see ARTC (who apparently don't rate coverage on the convention video channel).
Bitter? Me? Naah.
Posted by Daniel at 2:03 PM 3 comments:

Why I "friended" Sarah Palin 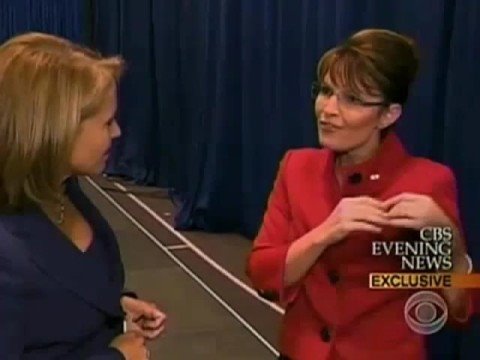 (Sorry, can't be embedded. Picture links to YouTube, where the video is hosted.)
I can address this thing a couple of ways.
1: Katie Couric asks Sarah Palin a stupid question.
"What newspapers and magazines did you read, before you were tapped for this, to stay informed...?" I expect better questions of Weekly Reader, never mind the editor in chief of the CBS Evening News. What kind of answer could Palin possibly give that wouldn't sound moronic?
Well, the one she gave. "All of them." She did her best to turn it into a sensible answer without discarding the question entirely. When Couric insisted on following up, asking for specific journals, Palin responded to the preconceptions that could lead a respected reporter to ask such a question. "Alaska isn't a foreign country, where it's kinda suggested," and you can see Couric lose interest in the topic here, "it seems like 'Wow, how can you keep in touch with what... Washington DC may be thinking and doing when you live up there in Alaska?' "
Seems to me Palin deserves a little credit for saying "it's kinda suggested" instead of "you're suggesting".
2: Who deserves to be laid out by "Terry Tate, Office Linebacker"?
Nobody. The Reebok commercials are amusing because, as in all cartoon violence, nobody really looks hurt, just inconvenienced. But "Palin" (a double by this point, I'm sure) goes down hard and stays down. This is funny? This is legitimate political debate?
Posted by Daniel at 1:07 PM No comments: 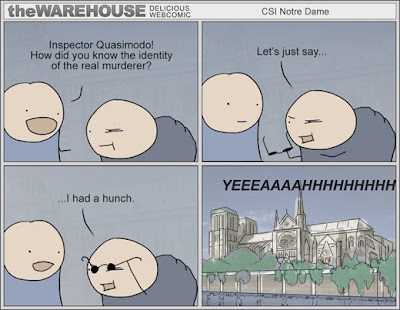 Everything Old is New 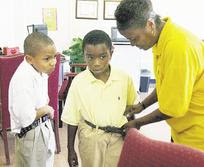 AJC: School uniforms: The look of change in ’09:
When the new school year started last week, students at Gwinnett County’s Simonton Elementary had a new look - a uniform look.

Hannah Montana T-shirts, blue jeans and sandals were out, replaced by collared shirts in black, yellow and white with coordinating shorts, skirts and slacks and closed-toe shoes.

Miles away in Clayton County, the trend toward uniform dress, which was already in the elementary and middle schools, became the countywide standard as it moved into the high schools.

My son, a senior in hgh school, has been wearing uniforms since sixth grade. I guess it's only news when it hits suburban schools.
Posted by Daniel at 9:05 AM No comments:

Email ThisBlogThis!Share to TwitterShare to FacebookShare to Pinterest
Labels: school

Actually, it was Virus X

No, man, Kryptonian appendixes (appendices?) don't get appendicitis. They have powers and abilities far beyond those of mortal appendices. 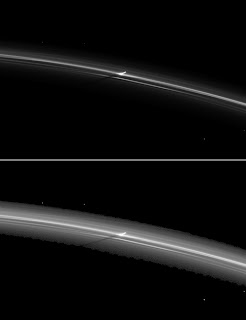 What the hell punched through Saturn's f-ring?
They don't know yet. Hubble was down for maintenance, but they quickly pointed a camera at Saturn to try to get some idea what's going on.
Maybe it's V'ger. Or the Enterprise screaming through, trying to beat it to Earth. (Sorry, thirty year old jokes are the best I can do. Still haven't seen Wall-E.)
Boy, the solar system is falling apart lately. First that scar on Jupiter's butt, now this.
And never mind that Chairface business...
Posted by Daniel at 11:19 AM No comments:

Email ThisBlogThis!Share to TwitterShare to FacebookShare to Pinterest
Labels: picture

Can't be. I don't speak French.

Obviously, I owe you an apology for having been so inactive here. At any given moment, 30% of bloggers are beginning a post with the same apology. (Data courtesy of PNOOAH[tm]. If I need a statistic, I just Pull Numbers Out Of A Hat.)
So now I go through the same navel-gazing everyone else does. (It's a state law, I think.) Do I Really Need a Journal? Or a Blog? Or a Twitter? Or a Tumblr? In fact, I have three personal pages, six blogs, two livejournals, two twitters, and a tumblr, plus two flickr photostreams and two facebook pages, plus six more miscellaneous social network pages--and therein lies the problem.
If I don't have time to follow me, how can I possibly expect anyone else to do it?
I just don't have that much to say. And the things I do want to say, I'm not sure who I want to say them to.
'Way back when I only had one blog, I said whatever I had to say there. Then, those who advise other bloggers agreed that a blog should have a subject, a focus, in order to attract readers. When I started these boatanchors, I had a plan for each of them. Comic book stuff over here, politics over there, sex over yonder, pictures over thataway, you know. Folks can find what they're interested in and not be bored or offended by the rest. A place for everything and everything in its place.
But now I have too many places and not enough things.
If I figure out what to do about this, you'll be the first to know.
Posted by Daniel at 10:49 PM No comments:

Email ThisBlogThis!Share to TwitterShare to FacebookShare to Pinterest
Labels: admin

Bobby McFerrin and the Pentatonic Scale

I had no idea there was such a thing as a World Science Festival.