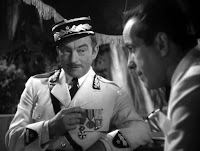 AJC | State: Atlanta schools protect those who would intimidate whistleblowers
State investigators have uncovered what they call a pattern of “intimidating, threatening and retaliating” against Atlanta Public Schools employees who report cheating or other improprieties.


The “... calling in of the Georgia Bureau of Investigation is what, nothing short of horrific,” [Deputy Supt. Kathy] Augustine said in [the conference call with principals]. “It is extremely denigrating, it is extremely disrespectful, it is... it is just... it is just bizarre.”

...In her e-mailed statement Wednesday, Augustine elaborated: “My reference to “horrific” related specifically to the reaction of many educators to state [GBI] agents who normally investigate felony criminal activity going to schools in the middle of the day to question principals, teachers and staff.”

This says to me that, even now, they don't think they've done anything wrong. No, wait, that's not enough: That they don't think the charges against them are that serious. That even if they had done it, so what? It's not worth calling in the GBI. Anyone would think they were common criminals.
Posted by Daniel at 12:27 AM